Storage conditions and preparation method:
The yeast vial should be refrigerated (2-6°C). Remove from the fridge an hour before use.
Stir well before opening, open carefully.

Pich directly or with a yeast starter, in the Instructions for the use of fermentum mobiles liquid brewing yeast.

We recommend that you buy an ice pack for the yeast, so that it stays cool during transport.

Instructions for the use of Fermentum Mobile’s liquid brewing yeast.

Every vial of Fermentum Mobile’s liquid brewing yeast contains average amount of 70 billion of pure yeast culture cells. The yeast are packed in sterile conditions, which provides the best quality of our product.

The direct method (A)- directly adding the yeast from the vial to the fermentor bucket. Before that, the wort should be cooled down to less than 30°C and oxygenated (look at the FAQ on www.fermentum-mobile.pl). It is recommended to spray the outside of the vial with some disinfectant. The content of the vial should be accurately mixed, through turning it or shaking it several times until we produce a homogenous suspension- completely mixing the medium (clear liquid) with the yeast. Prepared in this way yeast suspension is ready to add to wort. We gently open the cap and pour content to fermentation container. Stir the wort using disinfected item.

Attention! It may happen that after warming the vial to room temperature the yeast would restart their metabolism and lead to increased pressure inside the vial. To avoid the uncontrolled outflow of the yeast after opening the vial, we should slowly and gently open it, and if it is necessary to open it and close again a couple of times, to reduce the pressure inside the vial. In case of strains with high flocculation (FM11, FM13, FM26, FM30, FM31) mixing the yeast with the medium to produce a homogenous suspension may be difficult, it is not necessary to mix it so accurately. It is enough to detach the yeast from side of the vial and add it in this form. We should always mix the yeast in the target container (fermentor bucket, flask with the yeast starter). Darker sediments inside the vial are results of sterilization ofthe medium and are a natural phenomenon.

Preparing a yeast starter (B)- this method requires preparing the yeast at least a day before adding it to the wort. Increasing the amount of cells and activity of the yeast are the advantages of this method, and thanks to that the efficiency of the fermentation process is higher. This is a recommended method of using the Fermentum Mobile’s yeast.

How to prepare a yeast starter.

In a small pot boil around 1 liter of water. Then, turn off the heating and dissolve in the water 100g of dry malt extract or 120 g liquid malt extract. After that, boil such prepared wort for a few minutes to sterilize it and before end of the boiling cover the lid up, then (after 1 minute) turn off the heating. Cool down the contain of covered pot, the best method is to immerse it in bigger container filled with cold water. After cooling down to temperature lower than 30 °C, pour the content of the pot into sterilized container (flask, bottle or jar), add the Fermentum Mobile’s yeast from the vial, mix it and cover it with a piece of aluminium foil. Put the container in a warm place (22-25 °C) and leave it (incubation) for 24-48 h. To provide better multiplying of the yeast it is good to keep constantly mixing medium with the yeast. Thanks to that, the medium is continuously oxygenated, such conditions support better multiplying of the yeast and also provide effectively supplying nutrients to the yeast cells. After incubation, pour the starter to the wort. If you do not want the yeast starter to affect the beer taste, put it to the refrigerator till the yeast sediment on the bottom of the container, then pour off the worn out medium and bring the yeast to the room temperature. Afterwards add it to the wort.
All of these operations performed during preparing and adding the yeast starter should be executed with possibly highest cleanness and in sterile conditions. Every object that we use and which has any contact with yeast, medium, wort etc. should be accurately disinfected. It is also recommended to disinfect our hands or to work in latex gloves. To disinfection we recommend using 70% ethyl alcohol.

Attention! The number of yeast cells In Fermentum Mobile’s vial is sufficient to add to 20l wort with gravity up to 14 blg (OG=1,057) in case of top-fermenting, but it is not an optimal value to do that. For lager and stronger beers, with gravity over 14 blg it is strictly recommended to prepare a yeast starter or use more than one vial. It is also possible to make a light beer and the yeast gathered after fermentation add to beer with higher original gravity. 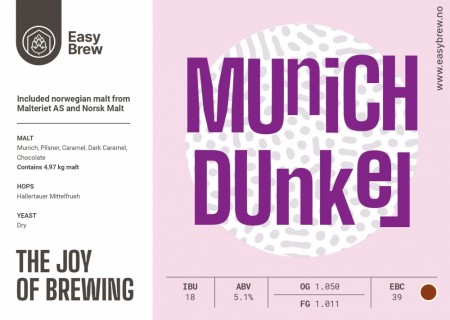